(CNN)At least 47 people were killed and dozens others injured in a fireworks factory explosion near the Indonesian capital of Jakarta on Thursday 26-10-2017. 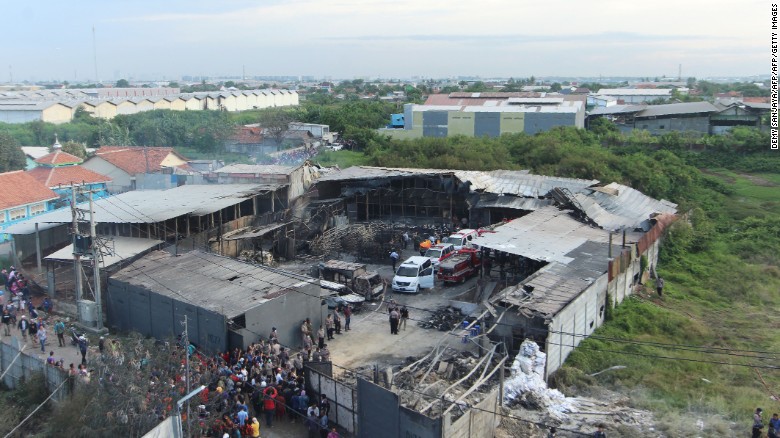 Regional police spokesman Argo Yuwono said 103 workers were believed to be in the building at the time of the blast and that 10 remained unaccounted for, according to CNN Indonesia, a CNN affiliate. 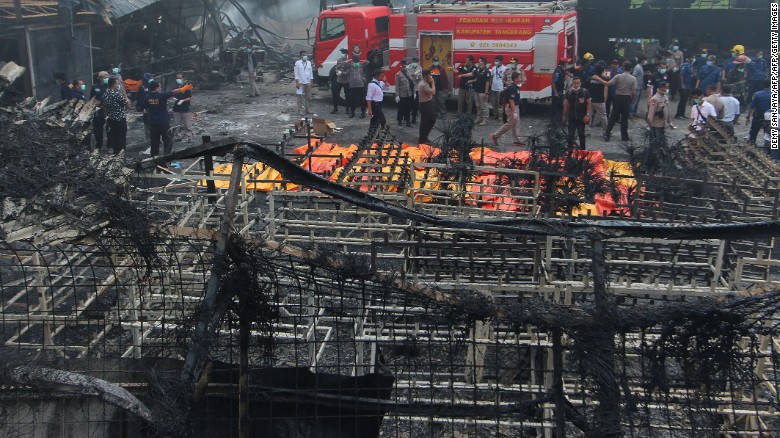 Thirty-four others were injured and have been taken to hospital, local police official Freddy Yudha said earlier.

Officials said that a large explosion took place, followed by a smaller one, and that a fire then broke out, leaving some of the victims with burns.

He said that officials suspected an electrical short circuit caused a small fire and then triggered the explosion.

“There was a large explosion. Our suspicion is that the explosion was triggered by chemical materials inside the factory,” Suhermanto said.