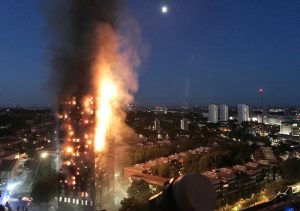 A new report by the London Assembly underscored the life-saving abilities of sprinklers and called on new building regulations for this technology, reports  The Independent. The Grenfell Tower was not equipped with sprinklers. While the report’s committee recommended retrofits in existing buildings, its findings are also the “first steps on a ‘road map’ towards making sprinklers mandatory in all homes in England,” states the article.

“It is crucial that we use the outrage and the lessons of this fire to ensure that every Londoner is better protected from fire in their homes,” London Assembly member Navin Shah, who led the investigation, told the publication.

The committee isn’t the first to demand fire sprinklers in England’s homes since the Grenfell fire; Dany Cotton, London’s fire commissioner, has advocated for sprinkler laws, and the Royal Institute of British Architects also demanded sprinklers in all new housing.